In this episode, I chat with Kristen about a slew of medical issues she’s faced since she was just a teenager. From a car accident resulting in a pulled groin to a breast cancer scare to almost dying of MRSA to being diagnosed with MS and everything in between.*

Kristen grew up with her dad after a nasty divorce from her mom. The summer before her 8th grade year, she decided she wanted to live with her mom. At that time, her step-dad had transferred jobs, so they were moving to Colorado. The day they were moving, Kristen and her mom were hit by a drunk driver. They walked away with minimal injuries.

After Kristen moved with her mom, she’d go visit her dad during the summer. When she was 16, she met a boy during her time at her dad’s and ended up pregnant. It was a very rough pregnancy for her, physically. Things did not work out with the father and a couple years later, she met her current husband.

When Kristen was in her 20s, she started getting yearly mammograms because of her mother’s history. At one of her appointments, two spots lit up, so they had to do a magnified mammogram. It escalated to an ultrasound and then those results led the radiologist to suggest a breast MRI/biopsy. They wanted to rush that appointment, but unfortunately, Kristen got MRSA in her eye.

She was in the hospital for about a week. It was so bad that the doctors were telling her to get her affairs in order and she said goodbye to her children. By the end of the week, she started getting better and was released to go home. She did get her lumpectomy done and was cleared. 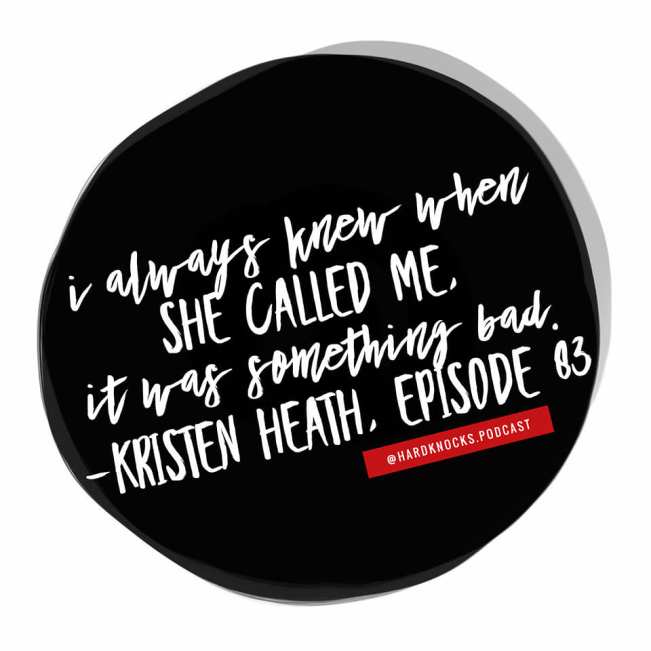 They were in the clear for several years and everything seemed great. When Kristen met her now husband, he had already gotten a vasectomy, but Kristen wanted more kids. He had a reversal done and she was pregnant within 2 weeks. About halfway through her pregnancy, she started having really bad kidney pains. Turns out, it was draining. So she had to get surgery while she was pregnant. She had to get an ostomy bag and wouldn’t you guess, there was complications with that! It calcified over, so she had to get it redone and the surgery ended up putting her into labor.

Two months after her son was born, she got kidney stones. Then there were a few more good years, but she was not out of the woods. Kristen’s kids, husband, friends and business partner kept telling her there was something wrong. She began noticing weird things going on within her body. She’d have conversations with people and wouldn’t remember the next day, her eyes were doing weird things, etc. She let her doctor know and he scheduled a brain MRI.

From there, the doctor told her it could be one of three things – one of them being MS. She met with a neurologist and then had to do a slew of different procedures trying to get the correct diagnosis. Upon one of her blood tests, they found some abnormal cells that they thought could be cancerous. Turns out, it was just an error in paperwork. Finally after months and months of tests, Kristen got her diagnosis of MS. 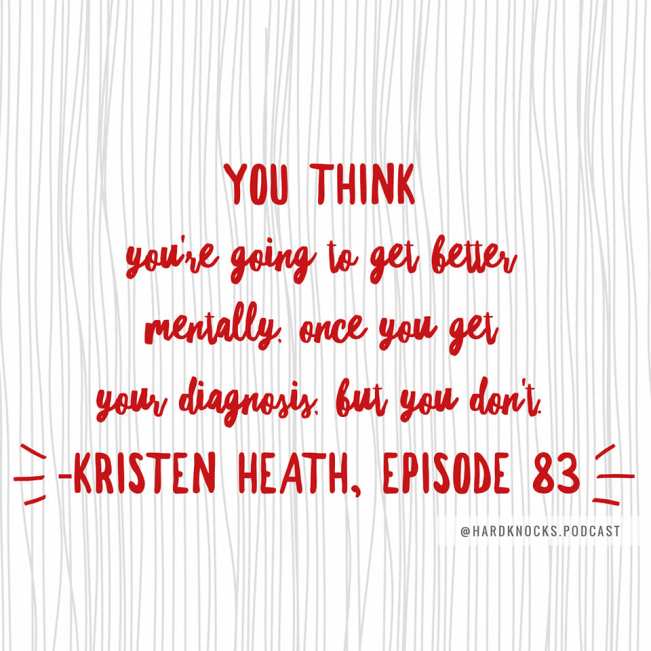 It took a long time for Kristen to learn the ins and outs of MS. What works for some people, doesn’t work for others. She was constantly changing meds and getting shots and changing meds again and again. She couldn’t do it anymore and they were SO expensive. One shot was $500 a piece and she had to get them three times a week. After a bad reaction and an ambulance ride, she said she was done with all meds.

A couple summers ago, Kristen started feeling the best she’s ever felt. She thought it was odd, so she took a pregnancy test. Sure enough, two pink lines. She was monitored closely throughout her pregnancy and afterward. Kristen said that was the easiest pregnancy ever. When her baby was about 6 months old, she had an abnormal PAP smear. It was showing signs of cervical cancer.

Your mind will always believe everything you tell it. Feed it hope, feed it truth, feed it with love.