In this episode, I chat with my friend Emily about going through a three year divorce and how they ended up being friends in the end. Emily shares the other things she struggled through during that time and the things people said to her that helped her get back on her feet.*

At just 6 years old, Emily lost her mom to cancer. She spent a lot of time with aunts, uncles and cousins after that.

Emily met her ex-husband her Senior year of High School. They quickly married and got pregnant. They ended up having three kids together. Unfortunately, they both had very different ideas of what a marriage should be like. Emily didn’t love the partying with friends scene too much. They fought often. After 13 years together, it was time for an end. 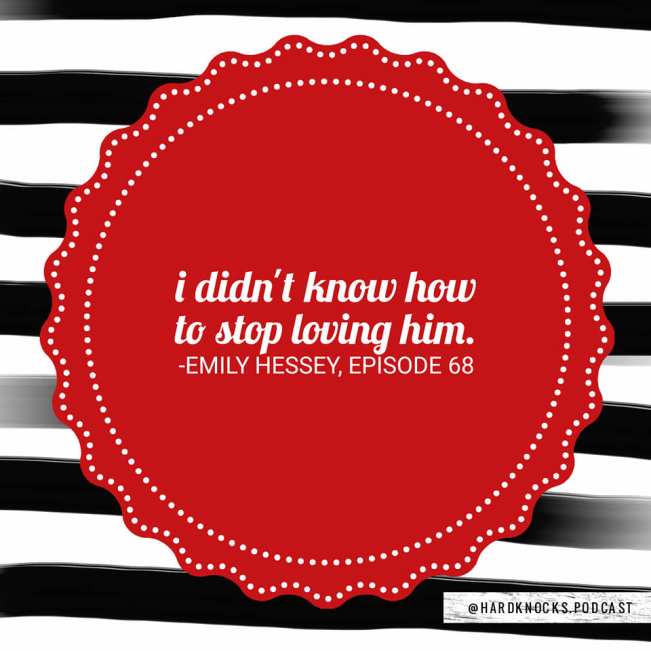 It took a friend of her ex-husband telling her to stop trying to change him into someone he’s not for the light bulb to go off. Emily was able to realize that the person she married in the beginning was still the same person, but she wasn’t. She knew she wasn’t going to be able to change him. She also had a conversation with a friend that had been married for a while. Emily asked her “how many times have you thought that you wanted a divorce?” The friend’s answer shocked Emily and that also helped her realize that her marriage was unhealthy and not normal or what she wanted to continue with or have her children grow up in.

The divorce was messy and really hard. Emily would get sick just thinking about having to talk to him and couldn’t go near where he lived. Finally, her aunt stepped in and became the mediator. They both would go through the aunt for communication and meet-ups for the kids. Emily said that was probably the best thing they could have done because it gave them both time to cool off.

On top of going through a divorce, there were also several other issues including two sick kids, broken bones, a cracked pelvis, septic sickness within herself, loss of friendships and the deaths of a family member. To say Emily was a wreck during those three years would be an understatement. She recalls times where she’d lay on the floor and just hope she wouldn’t wake up. “Of course I would never do anything stupid. I grew up without a mom, so I would never leave my kids.” But thinking those thoughts are completely understandable. I get the pain and heartache, as I’m sure many of you do, as well.

They’ve been divorced for several years now and they are great friends. “I never thought that would be me.” But Emily knows that he is the father of their children and she does a great job of involving him in everything, even though they are divorced and he lives a couple hours away.

Listen to the full episode to hear the details.

KEY TAKEAWAYS FROM THIS EPISODE:
-Trust your gut.
-If you get divorced, it’s okay to not hate the other person.
-It’s okay to cut people out of your life – even if they are family.

“None of us are getting out of here alive, so please stop treating yourself like an afterthought. Eat the delicious food, walk in the sunshine, jump in the ocean and say the truth that you’re carrying in your heart like a hidden treasure. Be silly, be kind, be weird. There’s no time for anything else.” – Anthony Hopkins