In this episode, I chat with one of my best childhood friends, Kourtney. She talks about growing up in an LDS community and how she made choices that go against those beliefs, which in turn led her to being bullied and in some toxic relationships.*

Kourtney grew up in a very LDS community. They have strong beliefs about what you should and should not do before a certain age and before marriage. Kourtney chose to live and go down a different path than the one her parents and the community were trying to raise her in. Because of this, she was bullied. At one point, she was at the drinking fountain and some kids walked by and said “there’s the walking STD.” People would make gagging noises around her, as well. In the 8th grade, the first rumor about her being pregnant started to go around. She had not even engaged in sexual activity at that point.

When Kourtney was a Freshman in High School, she started dating a boy two years older than her. Everybody loved this kid. She fell head over heels, thought she was going to marry him. Soon enough, the emotional abuse started. This boyfriend would dump Kourtney every so often “to teach her a lesson.” Finally, Kourtney broke it off with him for the last time. 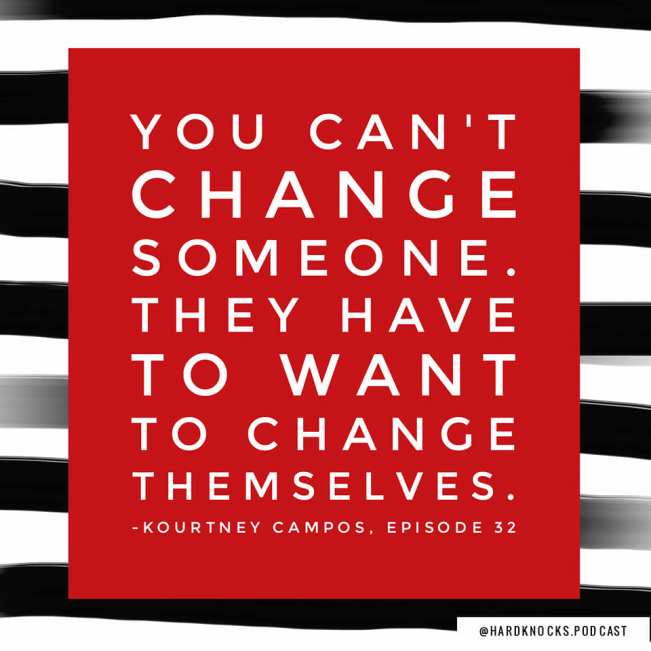 Shortly after that, she began dating someone else pretty seriously. He would do kind of the same thing. He would break up with her so that he could be with other girls and then come back to her. This boyfriend would tell her she was the reason he did drugs. She would try to leave him and he would tell her that he would kill himself if she did, so she continued to stay. One day, she finally had the courage to leave and that night he had gotten into a car accident. His mom called Kourtney and told her it was all her fault. Kourtney went back to him because she felt like she was the only one that could keep him together. They ended up moving away to a new town together. About two months in, he lost his job. She was working during the day and going to school at night. Each weekend, he would go back home and cheat on her, then come back to their house for the week. They broke up for a couple months, but then got back together. At last, she couldn’t do it any more, so Kourtney broke up with him for a final time through email. He shortly ended up back in the hospital, and again, his mom had left Kourtney messages saying it was all her fault. She did not respond to the messages and has never talked to him or his mom again.